These three adjacent poems may be gathered together like three stems, bound by the signature name they share and a comparatively modernist sensibility. 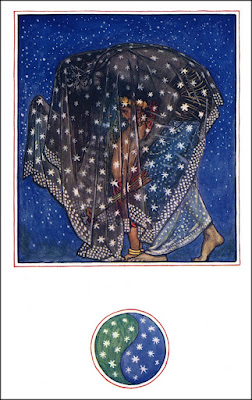 "To the Unattainable:  Lament of Mahomed Akram"

Hope has departed from her established style to offer a rare experiment in free verse.  This definition of free verse highlights the fact that vers libre originated from the school of poetics I have suggested influenced Hope's writing -

"Although the term is loosely applied to the poetry of Walt Whitman and even earlier experiments with irregular metres, it was originally a literal translation of vers libre, the name of a movement that originated in France in the 1880s. Free verse became current in English poetics in the early 20th century."

This first lament is formed by unusually long lines, arranged in couplets which display internal rhyming but no end rhymes.  The line "There is a flower that I fear, for your hair had its fragrance" may be a nod to "The Flowers of Evil" and the common Symbolist theme of lover's hair.  The meter switches between iambic and anapest yet carries within its tone of loss an impeccable smoothness that reminds one of clear, modern speech.  The last line is complex and breaks all convention, ending flatly with the three syllable "Forgetfulness". It brings the piece to an unharmonic close, like piano keys crushed in frustration.

"Mahomed Akram's Appeal To The Stars" 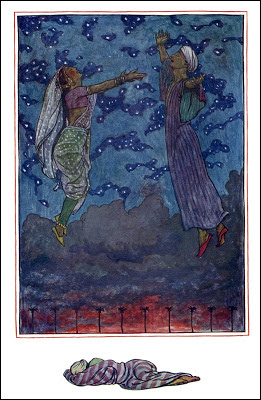 The centerpiece of the triptych is not as experimental in style. Formed of regular stanzas in an abac rhyme scheme, it uses trochee and anapest meter.  The mood of the poem however is eerie,  rising to an unearthly state, floating the reader into space where stars cast their lights upon the same sleeping beloved of the previous poem.

There are "Planets that shine" and "myriad silver eyes" that calmly keep secrets, and have the powers to send "Occult Balm" and "soft Magic" to "Turn sleep to Death in some mysterious way."  There is something in this disembodied atmosphere of silver, black and purple, conversant with magic, night and death that is both trancelike in its serenity, and disquietingly uneasy.  The poet's "worn-out brain" and overstretched nerves prefigure what we consider to be social ills of modernity - isolation, drug use, and suicidal tendencies.

The third poem of the triptych is also unrhymed free verse which pairs it with the first, but this time the loosening of traditional form seems to actually unmoor the poet, who collapses into a state of pure abstract disassociation.  The abstraction begins with an image of the beloved departing, that reads like a three color graphic poster in red, gold and charcoal -

"Sunset is terribly sad.  I saw you stand
Tall against the red and the gold like a slender palm;The light wind stirred your hair as you waved your hand,
Waved farewell, as ever serene and calm,
To me, the passion wearied and tossed and torn,
Riding down the road in the gathering grey.
Since that day,
The sunset red is empty, the gold forlorn." 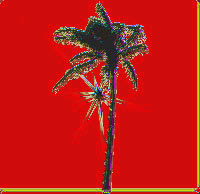 The moment has been playing on repeat in the poet's "worn-out brain" until it has become a vivid experience reduced to just the outline of its cinematic elements.  It plays like a silent movie or a theatrical moment experienced by Leopold Bloom or J. Alfred Prufrock.  The sense of abstraction only deepens as the next lines return us to the nightime of the second poem, bringing a subtext of occult balms, disassociation and hopefully, death.  The "Banqueting board at night" is the scene of utmost pain to the poet amidst the casualness of regular society, whose utterances of the beloved's name, even in praise, causes painfully wounding cuts of torture, until -

"...the gay guest-faces and flowers and leaves and lights
Fade away in the failing sense in a haze
And the music sways
Far away in unmeasured distance .  .  .  .  "

Faces, flowers, leaves and lights read like a weary hypnotic spell of things counted as they swirl and fade into a hazy unreality, so that sounds and even the room seem far away.  Here is a true loss of self, a consciousness thin as gossamer.

Hearing this in your head is a far different experience than speaking it aloud.  As I spoke and recorded the intensity of meaning embedded in these lines, I succumbed to them, and must report that at this point I responded viscerally.  I could hardly keep my voice going as it was stretched thin and a dim weakness took hold.  For a moment, I became a version of the dissociated poet. 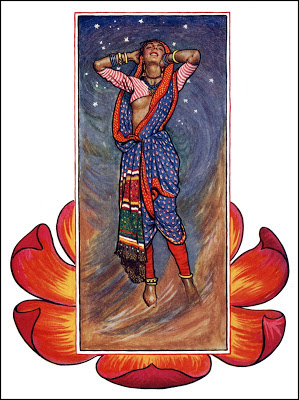 It is a unique feat of mastery when a writer transmits through written words the physical sensation embedded in their meaning.  Like stage directions in a play, those strange ellipses, first three, then four of them widely spaced, combined with the text, notate an experience of trauma-based dissociation.  Some might argue the passage simply telegraphs an experience of excessive drinking, which would in itself be an interesting feat, but I disagree.  Alcohol is not suggested anywhere in the three poems, unless by "Occult balm" we move into the realm of alchemy and spirits - given the Muslim signature of the poems it seems unlikely.  This is something else -  a willful kind of Forgetfulness, perhaps acting like an addictive drug, but brought on through strained nerves and constant depressive dysfunction.

The moment does not last long - as if whipped back into the body, memory brings the poet back to the pain of the situation -
"I cannot forget ----
I cannot escape.  What are the stars to me?"

Even those pure, remote stars can offer no solace anymore.   And with a flourish as modern as Hemmingway's "Movable Feast", or like the inhabitants of Hotel California who "gather for The Feast" Hope capitalizes her words and reduces the memories of a love lost into a single vision - the abandoned banquet hall of old candles, used plates and empty cups - a "Finished Feast".  The stars are now-

"Lingering lights of a Finished Feast,
Little lingering sparks rather,
Of a Light that is long gone out." 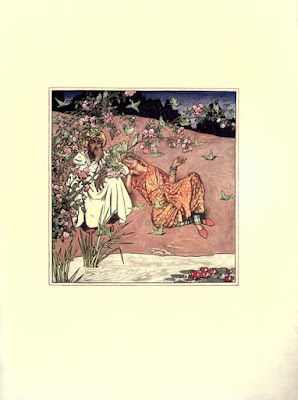 In this final masterful line the interwoven themes of The Mohamed Akram Triptych find uneasy conclusion.  The stars functioned first as reminders of the beloved, then messengers to the beloved, finally as ghostly remains of something that was once very real and is now absent - the beloved as the source of all Light.    Perhaps there is some Sufic thought embedded in there after all...

The three poems together speak to living with depression and the ongoing life of nightly pain it brings at a time when things of this nature were hardly understood and certainly almost never discussed.  The Mohamed Akram Triptych signals a subtle shift of mood in the Love Lyrics, paving the way for the casual shock of the folk-primitivism of Lalla-ji the child eating priest - yet another unsettling pre-modernist note in Hope's repertoire.

Who Was Mohamed Akram?

Despite the use of Mohamed Akram's signature on these poems, I cannot bring myself to fully accept that these particular poems are Sufi in nature - an outcry to God as The Beloved.   (I am a novice on these topics and am just feeling them out - it may very well that I am completely wrong about this and I welcome any good arguments to the contrary.)  What devotee would accuse God of wandering "careless, away from my useless passion" or call on God while at the same time calling themselves  "I, the cast out, dismissed and dispossessed."  In these works I see an artist working on a theme of lost human love, experimenting with vocalizing confessional honesty, but not someone engaged in games with the Holy Spirit.


Which brings us to the question, if a Muslim or Sufi theme was not the intention, then why use such a signature so deliberately, three times in a row, so that it is impossible not to dismiss the implication that a male Muslim is singing or at least voicing these laments?

Like everyone else, I am grasping for definitive answers.  Surprisingly, at least to my Western view, the name Mohamed Akram is not as common as I supposed it would be when I began my searches.  I can offer several possibilities as to the identity of the mystery man, but I will flesh them out fully in another post entirely devoted to the question. 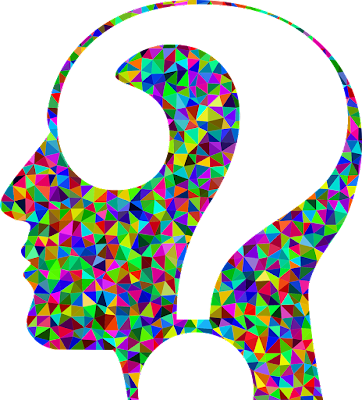 Suffice it to say, he may well have been a Resaidar (or soldier) in the 9th Bengal Lancers at about the time and place in the Northwest provinces that Malcolm and Violet lived, hence someone they could possibly know through Malcolm's soldiering;

OR, he could have been the son of Dost Mahomed Khan, a fairly well known Nawab and Governor of Khost, an ally of the British in the Afghan wars, who seems to have been militarily active in the 1870s;

OR, perhaps he was the "British Agent at Cabul" who made the news because he was killed by a man arrested on Bow Road for stealing 13 gold ingots;

OR he was simply the Mohammad Akram that carved verses in a tomb "north of the road to Shalimar, at the end of the railway barracks" - a tomb built five centuries past which Hope may well have encountered.

Why our poet decided to grace her most personal works with his name in particular may be a question for the ages, for Hope admirers at least.  Whoever he was, his name has flown off the tongue of countless ferengi over the past century.  When he was born, it could have been said by a sage that his very name would outlive even that of his youngest child, it would travel through lands he would never visit or hear of, and it would still enliven the imaginations of people who lived in a digital future he could not possibly imagine.

For all of his many Laments, still, not too bad a fate in the end.

NOTE:  "Marriage Thoughts by Morsellin Khan" is recorded in the second section of India's Love Lyrics and may be listened to here.  This is a sneak preview, and will not be available  on Librivox until the entire book has been recorded.
11/25/17