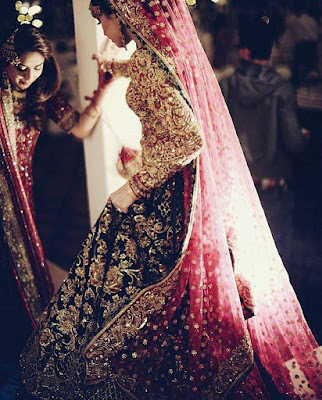 Marriage Thoughts: by Morsellin Khan is an unusual little poem, a tableau written in parts like a mini-play - it reveals the inner thoughts of attendees at a traditional native wedding in India.  Recording it offered a challenge - for better or worse I attempted to subtly shift vocal tones when speaking the various parts of the poem's characters.

I'd never even read through this odd piece until doing this project, or ever seen it mentioned in any writings about the author.  I would call it obscure.   Yet, it never ceases to amaze me how even cryptic works of Hope manage to survive in the collective unconscious, only to pop up somewhere in a modern narrative.  As recently as 2011, the poem appeared in its entirety on page 401 of a book titled "Beyond Passing" by Elaine Galindo.  The book is, "A compilation of true stories passed through the generations and woven together with the imagination and literary license of the author..." and deals with the struggles of bi-racial family members as they attempt to pass as white in America's deep south.   "Marriage Thoughts" is included as a poem that had been read by a young couple dating in college, capturing their romantic fantasies about marriage.

Once again Hope presents us with a subversive message, or at least an inverted view of what is usually assumed to go on in a young bride's head on her wedding day.   The poem is somewhat lighthearted, most of it concerned with "lifting the veil" on the hidden and somewhat lusty thoughts of young maidens during the ceremony.  Here the lust, possibly long suppressed, has risen to the brim and is hardly waiting for the wedding night to spill over.

While the Groom is swept up in the ideal of 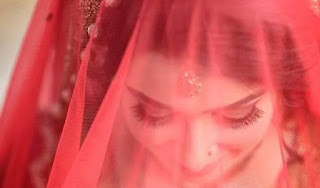 giving all he possesses, even his "very life" to his beloved, the bride appraises the good looks of her mate, saying " I shiver and burn with pleasure beneath my veil".  She'd rather all the wedding fuss end so they could get on with the delights of the marriage bed.  The Dancing Girls and the bride's sister express desire, and even the bride's Mother is lost in fantasies of her own "first lover, and vanished youth".   Outside, a Passing Mendicant completes the tableau by reminding the party that feasting is sad for those not invited, so the joyous day should produce an offering for the faithful.

At first glace, I felt this poem may have been a result of the poet's attendance at - or even just a glimpse of - some native wedding.  Watching the colorful spectacle which could go on for hours and even days, and seeing the beautifully dressed bride, groom and retinue all performing in proscribed traditional placements and roles could inspire wandering thoughts in the poet about just what was really going on beneath the surface.  This is one, perfectly plausible theory.

On further consideration, I have come to believe that this poem actually represents Adela's state of mind as  her three month courtship with Malcolm became serious, and "Marriage Thoughts" were in the air between them.  I am inclined to believe that Violet produced this poem as a sort of delightful engagement gift of praise for her intended, or perhaps as a wedding gift.  In that context, the poem can be read as a sort of seduction of her future spouse, an unreserved assurance that she was as eager for conjugal sensual delight as he.

The couple married  in April of 1889, the time of year in the Raj when "the season" for the marriage minded was ending, and engagements were afoot.


"The season was crammed full of entertainments and dances, balls, tennis matches and gymkhanas were all ways to meet the man of your dreams...The Fishing Fleet sailed out to India in the Autumn and any girls who had failed to find a husband or disliked the country too much to stay, returned to England in Spring. They then acquired a new tag, that of The Returned Empties."

"Husbands in the military were much sought after and the most popular were those serving in what were seen as ‘good’ regiments in both the British Army and the Indian Army – the cavalry, in particular, was seen as having high status. Often young men from wealthy families were attracted by the hunting and the polo which were very much part of cavalry life, as well as the colourful and romantic dress uniforms: long blue jackets, scarlet and gold cummerbands and knee-length polished leather boots."

As a resident, Adela had witnessed more than a half-dozen of these seasons without becoming attached to one of the flashy young poppinjays that populated them.  But when Cupid, or Kama, finally pulled the bow on her, she fell hard.  The presence of the Fishing Fleet along with the efficiencies required of a military society meant that swiftly conducted engagements and matrimony were quite common in the Raj.  Unfussy ceremonies with family partially or totally absent didn't particularly raise eyebrows.  However, it must be noted that Richard Holmes, researcher and author of the book "Sahib" about the British soldier in Inda states flatly, "There was no civil marriage in India" (Pg.438).   If this was truly uniformly the case, then Adela and Malcolm were married in a ceremony performed by a man of the cloth.  It was most likely an ufussy affair, but we simply can not presume to know whether Adela and Malcolm got away with a near elopement, or were attended by one or both of her sisters, her mother, father and friends, and close friends of Malcolm as well as members of his regiment.

As individuals, neither Malcolm nor Violet were particularly interested social conventions, and the circumstances of their ceremony likely set that tone for their marriage right from the start.  The couple may have simply not wanted to waste time and money on preparations, or negotiating questions of rank and religion.  Furthermore, both Adela and Malcolm may have eschewed or just been bored by sumptuous displays and feasting when there was a visibly poor underclass around them - hence the presence of the Mendicant closing the "Marriage Thoughts" poem. 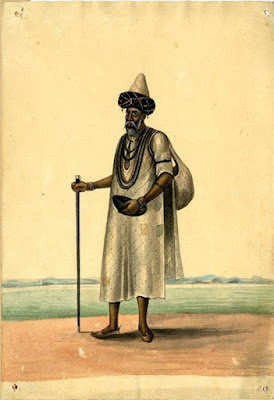 It bears mentioning that military men had rules regulating marriage to abide by:

Early marriage was seen as an impediment to a young man’s career and marriage was forbidden in the ICS before the age of 30 and made very difficult in the Indian Army. A marriage allowance was not paid until an Indian Army officer was 26, and it was customary to seek the Colonel’s permission to marry. He could refuse, and mostly did, until the young officer had achieved the rank of Captain.  ...the military’s informal rule: subalterns cannot marry, captains may marry, majors should marry, colonels must marry.  (Marriage In British India)

Once these two had made up their minds, there was nothing to do but make it happen with a happy anticipation of a swift conclusion, before something or someone broke the beautiful moment of union they had found together.

As The Mendicant puts it, "Still; Love is only a dream, and Life Itself is hardly more!"

Bonus - Interesting old footage of Karachi street scenes and inhabitants in the 1920s, much as it had been under the Raj, without motor traffic.   Extra bonus is a shot of the Suez Canal, which made the trip much speedier for the Fishing Fleet girls (and everyone else). 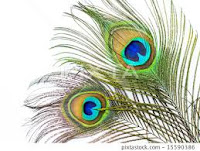 NOTE:  "Marriage Thoughts by Morsellin Khan" is recorded in the second section of India's Love Lyrics and may be listened to here.  This is a sneak preview, and will not be available  on Librivox until the entire book has been recorded.