Just in the hush before dawn
A little wistful wind is born.
A little chilly errant breeze,
That thrills the grasses, stirs the trees.
And, as it wanders on its way,
While yet the night is cool and dark,
The first carol of the lark, -
Its plaintive murmurs seem to say
"I wait the sorrows of the day."

Hope must have been struck by the graceful way the Indian native accepted their fate, bound by the twin chains of faith and duty.  In a cluster of works the poet wished to give a voice to voiceless women.  In these small verses it seems she also put some thought towards the masses of voiceless men that were essential to the fabric of a comfortable, frankly exploitive colonial life in British India.

In a previous post on Faiz Ulla, I speculated that he must represent a common man - a native servant or laborer.  Here once again he is singing the blues.  It stands to reason that night and rest would be the fondest part of the day for those who labored unceasingly, in a state of near slavery.  For them, rosy fingered dawn would simply mean a resumption of toil at repetitive and unrewarding tasks.  Even in sleep the servant's lot was a poor one, as they often slept in front of their Master's door, piled into a room with others, or between the tent and liner if their Sahib was a soldier.  Seeing both humanity and suffering in the faces of these men, it is no wonder that Hope railed against the "the Inherent Cruelty of Things".

This in depth study is very interesting regarding how British women in particular related to their servants in the Raj.  Memsahibs and their Servants in 19th century India.  Flora Annie Steel's chapters on maintaing household servants in "The Complete Indian Housekeeper and Cook" is also a fantastic read, famous for its more tempered outlook on the complicated relationship between Memsahibs and their servants.

No doubt the Nicolson's had their own normal complement of servants, probably approaching 15 including the gardener, cook and scullery, punkah wallas (carpet fan pullers, during the hot season), bheesti (water carrier), and other household staff.  Hope may have not had an official ayah (nursery governess/ladies maid) until she eventually became pregnant, but she must have had at least a couple of female servants to help look after her clothes, the bath, and clean the house, especially by the time she and Malcolm lived at Mhow in the Senior Officer's quarters.  Her own outlook towards her servants would have been at least as liberal as Steel's and probably even a great deal more so.  That disposition, along with a natural inclination towards solitude that writers possess, make it likely that she preferred keeping servants to a minimum when and where possible.  It is interesting to note that we find no overt references to personal servants in her poetry, but it is plausible that some of the named narrators of her poems refer to servants she knew well and sympathized with - Mohamed Akram and Faiz Ulla are two possibilities.

The blues aspect raised by this poem allows me to share some favorite music, an unusual blend of East and West from Ali Farka Toure and Terakraft.  The blues never sounded so exotic. 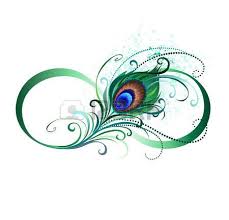