Fate is often paired with the word "inexorable" - unable to be resisted.   This sense of inevitability seems cruel when a happy ending eludes us.   If prayers to Dame Fortune, pleas to the Almighty or just plain curses hurled at Life are ineffective, we must bleed through the pain and, perhaps wiser, prepare to face the next knot of bedeviling circumstance.   And so we move from one idealization to the next, always seeking that golden moment we believe is "our Paradise."

In Fate Knows No Tears, the sense of lost possibilities is palpable and the poet's voice is personal, confidential, even confessional.  Reading it, it is hard not to believe that prior to her relatively swift courtship with her future husband, young and romantic Adela formed some intense early attachment that never came to fruition.


Unopened scarce, yet overblown,
The hopes that rose-like round me grew,
The lights are low, and more than lonely
This life I lead apart from you.
Come back, come back! I want you only,
And you who loved me never knew.

You loved me, pleaded for compassion
On all the pain I would not share;
And I in weary, halting fashion
Was loth to listen, long to care;
But now, dear God! I faint with passion
For your far eyes and distant hair.

What circumstances did the poet live through, that etched such lines on her spirit?   Fate was in a kind mood when she matched our poet with Malcolm Nicolson, a seasoned veteran and a man of 44 who knew what he was looking for and found it in Adela.  Their courtship unfolded relatively smoothly in a few months.  "Fate Knows No Tears" tells the story of a
different, stormy love that ended badly.  First professed on one side, this romance was at first tepidly received.  Later, those "ardent eyes" appear again, all the poet's withheld passion tumbles forth - too late.  This love was no longer available, and even worse, "never knew" her genuine feelings.  The verses seem to be written like a farewell letter meant to provide closure to both parties caught up in Fate's implacable decree - the music has stopped, this waltz is over.

Sometime between her arrival in India at 16 and her marriage at 23, Hope must have had an early crush or perhaps a first proposal of marriage that she rejected for reasons she was not entirely certain about.  Young people discovering love often play games, play hard to get, anger easily or become confused by their emotions.   For a long year or two afterwards, a missed connection may take on overwhelming overtones and loom heavily as the mind turns over the events, pondering What Might Have Been.   Had she misspent any chance at happiness - their Paradise? 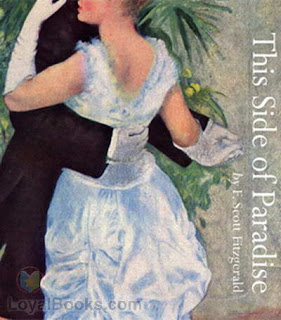 Cold was I, weary, slow to waken
Till, startled by your ardent eyes,
I felt the soul within me shaken
And long-forgotten senses rise;
But in that moment you were taken,
And thus we lost our Paradise!

Drawing attention to the last line of this stanza in particular, I wonder if it could have provided some inspiration for the title of "This Side of Paradise,"  F. Scott Fitzgerald's first novel, written over 1918-1920.  I doubt Fitzgerald knew much about Laurence Hope as a person, but he did know she was a woman, and he did read and admire her poetry, as demonstrated by the fact that he dropped Hope's stirring lines from The Teak Forest into the mouth of Rosalind in this first novel, precisely at the pivotal moment when she rejects the proposal of the Amory character, based loosely on himself.  Rosalind was Fitzgerald's ideal girl and modeled on his future wife Zelda whose painful rejection of his first proposal of marriage crushed him, but fired his ambition to succeed as an author to win her back - and achieve their Paradise.

The following is a direct excerpt from This Side of Paradise, written experimentally in play form in the middle of the novel -

ROSALIND: (With a burst of insight) Amory, you’re young. I’m young. People excuse us now for our poses and vanities, for treating people like Sancho and yet getting away with it. They excuse us now. But you’ve got a lot of knocks coming to you—
AMORY: And you’re afraid to take them with me.
ROSALIND: No, not that. There was a poem I read somewhere—you’ll say Ella Wheeler Wilcox and laugh—but listen:

“For this is wisdom—to love and live,
To take what fate or the gods may give,
To ask no question, to make no prayer,
To kiss the lips and caress the hair,
Speed passion’s ebb as we greet its flow,
To have and to hold, and, in time—let go.”

AMORY: But we haven’t had.
ROSALIND: Amory, I’m yours—you know it. There have been times in the last month I’d have been completely yours if you’d said so. But I can’t marry you and ruin both our lives.

Astonishingly, Fitzgerald's novel accomplished its purpose.  The poignant theme of youthful love lost captured the public's attention, made the author into a wild success, created the voice of the Lost Generation, and even made the unobtainable flapper Zelda Sayre into his wife.


I'll further explore Hope's influence on youthful writers Fitzgerald and Flecker in an upcoming offering.   Just as Hope's work was unfortunately overlooked by the literary establishment of her day, the impact of her work on the writers that followed her has also remained largely left unexamined. 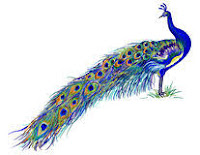 Alongside her brighter paeans to youth, Early Love Lost is at least a minor theme found in India's Love Lyrics in pieces such as Yasmini, Unforgotten, Verses by Taj Mohamed, "Lost Delight", and Zira In Captivity.
By Cameopoet at Thursday, May 03, 2018