In  Story by Lalla-ji, the Priest  the name of the priest appears to be a common Hindi name, and not a reference to a particular man or legend.  Fearful folk fables of flesh-eating trees seem to occur across time and various cultures such as South America, Africa and Madagascar.  Perhaps more realistically, reports of priests who may not be trusted with children also occur in many cultures and times, right up to present day headlines. 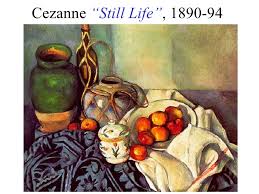 "Until one evening a wayworn Priest
Stopped for the night in the Temple shade
And shared the fare of their simple feast
Under the vines and the jasmin laid."

This spontaneous picnic under the jasmin vines seems so simple and serene, a lovely vignette of India taking place amongst the shadows of monsters - both the tree and the men.  The poet's sketch of the bloodthirsty tree using words like "sessile", "snakelike" and "spine-like"  is a masterpiece of efficiency in describing the kind of carnivorous plant that seems to lurk at the edges of humankind's collective consciousness, which artists have attempted to capture here and there through the years. Capping the depiction off with the word "molest" provides an uncomfortable foreshadowing of the fate of the trusting little boy.


The Victorians certainly enjoyed a macabre side, and lavished attention on their exotic flora fetched from the ends of the earth to dwell in their overheated drawing rooms.  The Edwardians only extended this specialized taste to new heights with their Wildean inclinations towards unnatural beauty and hothouse decadence.

Yet Hope's focus on a such a tale strikes me as something more than feeding the newly developing fad for horror - the folk element, the eruption of an ancient monstrousity into the clear light of day, the casualness with which the entire subject of child sacrifice is treated seems more like a neutral or academic study of primitive human impulses from a Western perspective.  Modernist artists such as Picasso, the Fauves and the Primitivists did much the same thing as early as 1905.

Usually ignoring the violence of  their own society back home, The British gaze in India reported that there was a violent side to life in the tropics - one which had to be met head on, chin up, unflinching.  Hope's contemporary Rudyard Kipling practically flaunted a kind of life-consuming violence in much of his work in India, and in this poem Hope expresses the same impulse.

For all it's beauty, it was in the tropics, not the Boulevards of Paris, where modern man was far more likely to encounter Baudelaire's "Flowers of Evil" - literally.   This corruption lived right down the road at the local holy place, tempting men with the knowledge of good and evil, consuming innocence while flaunting its "glorious, redly gay, Blood-red" blossoms of iniquity in the angry, unwholesome heat.  Everyone understood that in order to continue to thrive, this loathesome entity depended on the complicity and corruption of fallen and base Humanity, who preyed upon the defenseless to provide the vital substance upon which it's display of strange beauty depended - a form of cultivated wickedness that humans serve and fear, yet tolerate and even celebrate.  .

NOTE:  "Story by Lalla-ji, the Priest" is recorded in the third section of India's Love Lyrics and may be listened to here.  This is a sneak preview, and will not be available  on Librivox until the entire book has been recorded.
Nov 28, 2017
By Cameopoet at Tuesday, November 28, 2017