In "Song of Khan Zada", her second short versed poem in the Love Lyrics, the poet has unexpectedly gained personal power of a sort never displayed before.   The Beloved has been well loved, Unity achieved, and there is nothing to do but release the Beloved at their request.  It is as if without the sense of yearning and longing, both the poet and the Beloved may be set free.


The metaphor of the "Stranger's Bowl" in capital letters is a clear nod to David L. Richardson's poem titled simply "Stanzas" III (Page 305)


Here is a bit of biography on him -


David Lester Richardson (1801 – 17 November 1865) was an officer of the East India Company, who throughout his life followed literary pursuits as a poet and periodical writer, and as editor and proprietor of literary journals.  A skilled linguist, he also served as professor of English at Hindu College, where he inspired the Bengali poet Michael Madhusudan Dutta.

David Lester Richardson entered into the service of the East India Company in 1819, and from that time began to submit poems to James Silk Buckingham's Calcutta Journal under initials which were to become well known in British India circles; D.L.R. His work included English language translations of Indian poems.

He was granted medical leave to visit England in 1824. In London he pursued his literary muse putting out Sonnets and Other Poems in 1825. It was reprinted a number of times and a third edition was published in 1827 within the Jones Diamond Edition series on British Poets; Richardson was the only living poet to have his work included in the series.

In 1827, he founded the London Weekly Review, a literary journal which he edited with James Augustus St. John, and on which he expended a considerable amount of his own wealth. 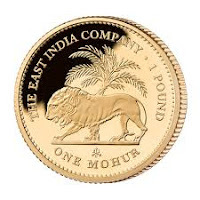 How much Violet was influenced by Richardson cannot really be determined without a close study of his work.  As a translator of Indian works into English, and a man of the East India Company, he has strong connections with Hope.    He died the year she was born, and it is likely that children of her generation were made familiar and even schooled with the Jones Diamond book of British poets.

"The Stranger's Bowl" may well have been for a time a familiar idiom among the Anglo-Indian community, a phrase exchanged during toasts at banquets and well-met compatriots who felt the bond of strangers living in a strange land.  Certainly placing the phrase at the front of the Love Lyrics telegraphs the idea that this book of "Indian verses" carried on a fine tradition set by at least one beloved British author.

NOTE:  "Song of Khan Zara" is in the first section of India's Love Lyrics recorded for Librivox and may be listened to here.  This is a sneak preview and will not be available until the entire book has been recorded.
19.10.17
By Cameopoet at Thursday, October 19, 2017