"Perhaps I rowed with galley slaves,
Whose labour never ceased,
To bring across Phoenician waves
Your treasures from the East."           - Golden Eyes, Laurence Hope

If You Are New To The Subject Of Laurence Hope Or This Blog, Start Here

Hello to you who have happened upon this blog - it is probably no accident.  Little known as our dear Violet is, you are most likely searching for something, anything, you can find about her enigmatic and mostly unknown life, her interesting relatives, husband and compatriots, and above all, her tempestuous and highly compelling works.

The bare outlines of Adela Florence Cory's 39 years are actually fairly well known by now, and with a bit of elbow grease it is possible to work out a few extra details here and there.  There are a couple of articles written from India in English, there is Blanch's essay in Under a Lilac Bleeding Star and the Somerset Maugham story "The Colonel's Lady" which Violet inspired.

There is an online yahoo group dedicated to the dear poet, and someone from Majorca popped up there explaining that they had come into possession of  a trove of artifacts from the estate of a Malcolm Nicolson, the poet's great-grandson.  The articles include paintings possibly done by Hope, as well as papers involved with the publication of her later works, mixed in with photos and other items of interest.  With the passage of time, I am inclined to believe these items are a legitimate and a valuable archive which may yield some further precious information.


There was one tantalizing page said to be from an unfinished play titled "An Unusual Woman" written by the poet's own son.  The page, pictured below, concerns the fatal surgery her husband the Colonel undertook and Hope's failed attempts to save his life.   If it describes with any accuracy the circumstances surrounding Malcolm's death, it illuminates a great deal about the kind of shock Laurence Hope, Mrs. Nicolson, endured, leading to the last grim weeks of her existence.  During this period she put her publishing affairs in order before ending her life in a very deliberate and painful manner.  No doubt the poet's son had to grapple most of his life with the suicide of his mother, an act which left him an orphan, but well provided for by the sales of her extremely popular poetry books.


Recently I ran across one of the more scholarly articles on Hope that really dissects her work.  It was by the talented Associate Professor Anindyo Roy,  and tantalizing parts of it may be freely read here.    I contacted Mr. Roy, and he graciously allowed me access to the full essay.  I was impressed by his work for many reasons including his approach, which brings the reader more fully into the poet's world via the specific words she chose.

I think he has the right idea - the way to learn more about Hope's life will be through a fuller delving into her work.  She laid bare so much in her confessional words, surely we can satisfy some questions surrounding our dear Sphinx and our unquenchable desire to know her better by simply following her lead and deeply reading and listening to what she told us.  We must read and listen immersively to those intense love letters she left behind for all of us, in the form of poems.  She left patterns for us to follow, like half-hidden paths of dry leaves embroidering the jungle floor.

As time goes on, I'll be leaving a trail of links and leads that will explore and map some lesser discussed regions of the poet's life, including some of the history of the Raj era she lived in, and the biographies of her beloved husband, relatives, and those who touched her life.  For now I am impatient to get to the specific inspiration behind this blog.   It is to serve as a companion to my recordings of India's Love Lyrics for LibriVox which will be available free to the public and in the public domain as soon as they are completed.   As I record, I will write notes on what each poem at hand conveys to me and go from there.

The process of recording for LibriVox requires that a chosen book be recorded from cover to cover.  This has made me much more intimately familiar with many of Hope's works than ever before.   Even though I am a poet that has been deeply inspired by her, as well as others, and have read her works since the mid-nineties, recording for Librivox caused me to discover that I usually skipped over heaps of poems to get to my favorite chestnuts -   "The Teak Forest", "Unforgotten", "Memory" and "Ranee In The Hall of Peacocks", to name a few.   Did I ever really read "Valgovind's Boat Song" or "Mohamid Akram's Lament To The Unobtainable"?  Nope, not really.  Some of her poems I have not even read once.
But now I am reading every single one, out loud and usually a couple of times until I get it right (or at least can be reasonably satisfied with it) -  "And once again, with feeling!"  Vocally interpreting the words of someone you admire so much raises it's own myriad questions, joys and pitfalls, not to mention the technical side of recording and editing a reasonably clean artifact to present to the world with the least embarrassment.   Suffice it to say I cannot help but read Hope's works as I feel she would have wanted them to be heard, and often that requires putting more emotion into them than a standard audio book reading.  To some it may not be enough, to many it may be over-the-top; but then, we must remember that for an Edwardian lady of respectable birth, dear Violet was singularly passionate and even downright purple with melancholia at times.   It is one of the reasons she is so beloved. 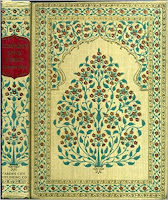 What a world is opening up to me!  A very distraught Hopian world to be sure, but nevertheless I am glimpsing greater vistas of the poet's inner landscape than ever before, and there are definitely clearings of deep sunshine as well.   At times, I will document the questions and natural speculation that arises during the process of interpreting the poet's intent.  As I become more familiar with the poems, many new ideas are striking - ideas pertaining to her life experiences, and that perennial of all Hopian questions - if there was a lover, then just who WAS that lover lost, that unforgotten and fervidly hoped for Beloved? - and was her enduring hopefulness in the midst of such torridly unsatisfied desire a reason why the poet chose her pen name?

More than anything, I am gleaning insight into her influences, who she read as a girl in school, as a young poet in Italy, which movements did she catch wind of and who she dared to intellectually compete with in her own social set in India - which in her vibrant youth probably included the slightly louche teenage Rudyard Kipling.   I am also enjoying the wealth of female talent that worked during the Raj era such as writers F.A. Steel and Violet Jacob, composer Amy Woodforde-Finden, photographer Mabel Eardley-Wilmot and others. 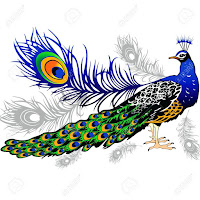 As I record Hope's poems, I will record all the impressions, literary thoughts, historical and biographical research and miscellany that I can.  No one name defines a Sphinx, and so I may call Violet by any of her names at any given time, but I always do so in the way she deserves to be spoken of - with deep infatuation and, after all these many years, a still unquenchable love.
9/17
The full text of India's Love Lyrics used for the LibriVox recordings may be found at Project Gutenberg here.

UPDATE:  The idea that I'd be through all the recordings and these essays by the end of 2017 was ridiculously naive! I am just catching up to the recordings I've already done, having a wonderful journey along the way, and delving deep, incuding doing a lot of reading on the side. The new year 2018 will usher in a schedule of doing about 7 essays and poem recordings per month hopefully, so this project has several months ahead of it. Anyone who happens to have found their way here, please know I welcome corrections, opinions and additions to what is discussed.  Lets have a conversation.       13/12/17

To Navigate This Blog:
1. Click on the name of the poem at the start of each post to read the poem. Some posts contain the poem instead of a link.
2. Look to the top right side of the blog for a menu of posts, in order from the first poem in India's Love Lyrics to the last poem finished. Click on any of them to open that post. Many posts reference other poems and are linked within the text.
3. Click on images to see them enlarged.
4. At the bottom of each post is a preview link to the librivox recording. These are in clusters of seven poems, and you can easily move through the recording to hear the poem you are after.
5. Please take advantage of the contact form, the search bar at top, and the translation feature (check out the blog in Urdu!).
6. Comments are with Disqus, which supports Facebook, Twitter and Google+.  To comment, click at the bottom of a post where it says "0 Comments" and sign into Disqus.
By Cameopoet at Saturday, October 05, 2024