The Garden by the Bridge - Moral Crises and Love's Elixir

All night the hungry jackals howl together
Over the carrion in the river bed,
Or seize some small soft thing of fur or feather
Whose dying shrieks on the night air are shed.

I hear from yonder Temple in the distance
Whose roof with obscene carven Gods is piled,
Reiterated with a sad insistence
Sobs of, perhaps, some immolated child.

Strange rites here, where the archway's shade is deeper,
Are consummated in the river bed;
Parias steal the rotten railway sleeper
To burn the bodies of their cholera dead.

But yet, their lust, their hunger, cannot shame them
Goaded by fierce desire, that flays and stings;
Poor beasts, and poorer men. Nay, who shall blame them?
Blame the Inherent Cruelty of Things.

The world is horrible and I am lonely,
Let me rest here where yellow roses bloom
And find forgetfulness, remembering only
Your face beside me in the scented gloom.

Nay, do not shrink! I am not here for passion,
I crave no love, only a little rest,
Although I would my face lay, lover's fashion,
Against the tender coolness of your breast.

I am so weary of the Curse of Living
The endless, aimless torture, tumult, fears.
Surely, if life were any God's free giving,
He, seeing His gift, long since went blind with tears.


There comes some point in most people's lives in which illusions are shed or stripped away.  It can be a great shock when an individual perceives "The World As It Is" as Pulitzer Prize winner Chris Hedges summarizes it, instead of The World As They Were Taught, or The World They Wish Were True.  Ultimately, when the naked and violent aggressions behind our social constructs are revealed in all their ugliness and amorality, it may become a moral crises. Tennyson's  "Nature, red in tooth and claw" was an accepted truth of the 19th century - but that was nature, not humanity.   We are taught that Humanity is supposed to do a great deal better than Nature when it comes to ethical questions, and all of our civilizing institutions are constructed with this veneer. 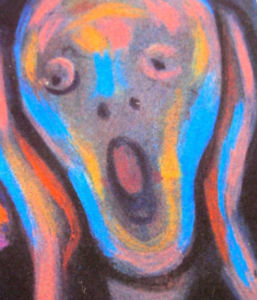 Because Western religion, government, education and culture are imbued with aims of social progress - the belief that Mankind is ultimately good or at least trying to evolve in that direction - the very thought of decay creeping into these sacred institutions is abhorrent to society's gatekeepers.  Thus in Hope's day most critics were quite comfortable shunning the Decadent movement in the arts.  But any movements towards "Decadence" must be seen for what they are - basically critiques of the current social and political climate, usually by the young, and thus intolerable to The Establishment on any long term basis.

In the same way, society generally rejects literary depictions of horror, decay, death and "the dark side" as essentially juvenile - something to be grown out of, like comic books.  Edgar Allan Poe's work was derided as sophomoric upon his death, and considered distasteful for many decades in America.  The punk and Gothic movements of the 70s through the 90s were co-opted by teen pop culture and relabeled "Grunge" and "Emo" as fashion magazine fodder, easily digested, laughed at, dismissed.  Kipling certainly grew out of his calf-love of decadent themes and opium dreams to become the most highly influential Voice of Empire of his generation, almost wholly aligned with the interests of the ruling class.

Thus the Modern Western style citizen embraces the teaching that he/she is joined with Progress - that their generation has improved over the previous one, and possibly all previous ones. So to discover that generational progression is a myth, and that humanity routinely collapses forward into new "dark ages" can be a very destabilizing experience.  To realize that corruption, artifice and self-interested cruelty is embedded within even the most enlightened institutions brings on crises.  To discover that most of what we believe about society is essentially a tissue of lies, and that trusted gatekeepers of church, state, and culture are dedicated to maintaining this lie, leaves the individual at a loss for where to turn.

In case it appears I am exaggerating, a few quick examples:  It is still commonly taught and accepted that American society is a beacon of free speech, but whistle blowers on the Establishment's illegal activities are often unable to freely reside and work there once they speak the truth.   Of course this is true in almost every other nation as well when the Establishment is threatened - just sometimes with less overt hypocrisy.  Decades of the most degrading abuse of children is uncovered within our churches, or the truth about the corruption of every sitting American President is revealed as time rolls on, yet these institutions still remain on the whole, inviolable.

So however it is that the veil is rent in whatever era, an individual's youthful optimism is punctured and collapses.  Some observers become  embittered, angry, reclusive or escapist in varying degrees.  Of course the vast majority of "well civilized" people simply turn their faces away from the truth, going on about their daily business.  Some even work hard keeping the social myths alive for the next generation.  Those that choose to live in willful ignorance will earn the contempt of the embittered "awakened" set, or sometimes their envy -

"As round the Fowler, red with feathered slaughter,
The little joyous lark, unconscious, sings, -
As the pink Lotus floats on azure water,
Innocent of the mud from whence it springs."

In The Garden by the Bridge, we are thrust alongside the author into a state of moral chaos - a sort of ferocious ennui brought on by disillusion, spiritual angst and acute disappointment.  For the Narrator, all the world's ills have coalesced into a landscape of animal-like appetites and urges, red in tooth and claw without a redeeming note of human grace.

"The Desert sands are heated, parched and dreary,
The tigers rend alive their quivering prey
In the near Jungle; here the kites rise, weary,
Too gorged with living food to fly away."

This is not the world of the poet's youth, a garden where Love is cultivated, a place of abundance that yields Beauty.  Man is not good, or kind, but rather uncomprehendingly inhumane -

"But yet, their lust, their hunger, cannot shame them
Goaded by fierce desire, that flays and stings;
Poor beasts, and poorer men.    Nay, who shall blame them?
Blame the Inherent Cruelty of Things."

The socially civilized and now cringing soul searches for answers in this moral void - is it worth it to go on contributing to systems that are unfair, menacing and seemingly unreformable?  Should children be brought into a world of cruelty built on lies?  Is this life worth living?

Some may say this piece simply shows the emotionally high strung, bi-polar or even latent suicidal tendencies of Violet Nicolson's character.  I do not.  In fact, here I see the poet is quite sane, and the world as mad - the act of writing this social critique being the sanest act possible.  The arc of the poem is important - Hope's Sturm und Drang becomes tempered with her two drugs of choice - Escapism to Love, through the formal task of writing.  For Hope it is love and writing, not opium, drink, work or sport - that provides the longed for Forgetfulness of the last line.

"Give me, oh you whose arms are soft and slender,
Whose eyes are nothing but one long caress,
Against your heart, so innocent and tender,
A little Love and some Forgetfulness."

By this means the poet actually recovers her equilibrium and may continue on with life, grimmer but nevertheless wiser.  Baudelaire and Poe travel the same Arc of Crises in some of their works as Hope in Garden - I cannot say these specific poems influenced Hope.  It hardly matters, she is so clearly one of their brethren.


A Voyage To Cythera - Baudelaire (excerpt)
Before you, poor devil, of dear memory,
I felt all the beaks, and ravening claws,
of swooping ravens, dark panthers’ jaws,
that were once so fond of tearing at me.

The sky was entrancing, so calm the sea,
but, to me, all was dark, and smeared with blood.
Alas! My heart was buried, for good,
in the depths, the winding sheet, of an allegory.

The sickness—the nausea—
The pitiless pain—
Have ceased, with the fever
That maddened my brain—
With the fever called "Living"
That burned in my brain.

She tenderly kissed me,
She fondly caressed,
And then I fell gently
To sleep on her breast—
Deeply to sleep
From the heaven of her breast.

A similar take on the Arc of Crises tempered by Escape to Love is found in Heart's rock song "Crazy On You" which outlines the overwhelming evils of the world, and the artist's subsequent abandonment to the Beloved, which exorcises society's demons and tempers angst.

The Garden By The Bridge is ultimately about how Hope copes when her personal moral crises descends.  It is not an indication that our poet could not cope with life, but on the contrary that as an artist she found a way to cope.  Whether Hope actually needed to physically express herself to her Beloved I cannot say, but it is my suspicion that the act of writing about Love at rest with her under joyful yellow roses was actually enough to calm her soul.  This is a classic artistic response - Baudelaire never really voyaged to Cythera, Poe never actually laid with Annie.

The Artist can possess a sort of alchemical magic in their process - The Crises of Life Is Dissolved Within The Elixir of Love.   Yes it's a mad mad world, but thanks to the outpourings of artistic 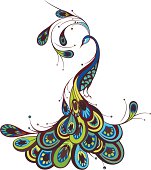 creation we at least have poetry and song, stories and painting for solace - and a reminder to seek and sustain personal love when all else fails.
4.18.18

NOTE:  "The Garden by the Bridge" is recorded in the sixth section of India's Love Lyrics and may be listened to here.  This is a sneak preview, and will not be available  on Librivox until the entire book has been recorded.