Kashmiri Song By Juma - More Than "A Decadent Kipling"

"Kashmiri Song By Juma" is an artist's sketch of a feeling tone.  These two ephemeral stanzas do not inhabit the realistic world of Valgovind's singing boatman, and the stiffness of the book's two opening poems are a distant memory never to be revisited. 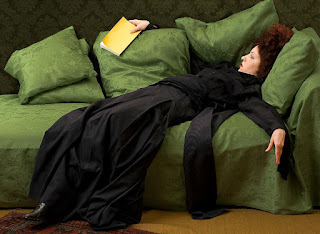 You never loved me, and yet to save me,
One unforgettable night you gave me
Such chill embraces as the snow-covered heights
Receive from clouds, in northern, Auroral nights.

Such keen communion as the frozen mere
Has with immaculate moonlight, cold and clear.
And all desire,
Like failing fire,
Died slowly, faded surely, and sank to rest
Against the delicate chillness of your breast.

Or an excerpt from Symbolist Valere Gille, from the journal The Young Belgique, 1892  -

Near the frozen fountains, amid the ferns of frost,
where rose trees of snow surrender chill flowers to the icy mirrors,
Their lilac gowns spread around their arms, linked in garlands,
the pallid queens of legends are leaning upon urns.

But no one having sounded the awakening in the frozen forest, whitened with ice,
the princesses could not live on and sweetly died of endless sleep.
- trans by. D. Friedman


Ah, the indolent atmospheres of chilled desire, rest, and dying fire!   Just as The Teak Forest's refrain of a wandering broken boat nods to Rimbaud's famous drunken boat, there are lingering traces of Symbolist diamond dust glimmering in Hope's work. 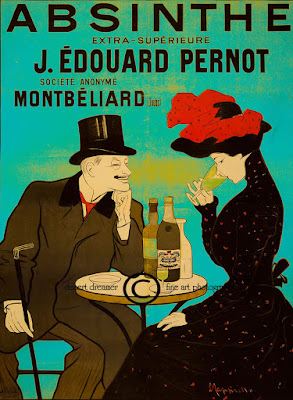 Decadent, Symbolist and Aesthetic nuggets gleam here and there in Hope's work, like gold cups in a dragon's horde.  Unfortunately for the study of British poetics, critic "David Perkins, whose main purpose was to establish a literary genealogy for modern poetry, relegated Nicolson to the margins, seeing her exoticism as being unredeemed by originality or genius."  Perhaps Hope was simply too far outside his scope to be academically pigeonholed or even taught in a classroom - a sensual female poet who worked both within and outside of an exotic colonized culture that she was sympathetic to.

Apparently this David Perkins fellow somehow landed the job of establishing modern English poetic literary canon, and he favored "male poets who worked almost exclusively withing European traditions ...Perkins (cast) her as a hybrid figure who was not quite/right Kipling...assigning her a derivative status as a 'decadent' Kipling, one who is both out-of-place and inappropriate to the order consolidated by Kipling's brand of brawny imperialism..."   (Quotes in these two paragraphs are from Anindyo Roy's excellent study "Gold and Bracelet, Water and Wave: Signature and Translation in the Indian Poetry of Adela Nicolson" found here.)

Decadents, Aesthetes, poetes maudits, Pre-Raphealites, Symbolists and their ilk are my own favorite flavors of poesy.  Yet, Laurence Hope does not belong wholly to any one of those schools.  She is far too embedded in a sort of romantic realism to be a one-note Decadent - she never celebrates the Artificial, and her soul wrenching desirous despair always believes in the "good" outcome achieved by union, a posture far too earnest for the abstract intellectualism of "Art For Art's Sake".  What she shares with the Decadents and their descendents is a willingness to derange the mind in favor of the senses, a flair for the exotic, the erotic and especially the taboo, and an absolute devotion to Beauty.   Often her disembodied voice feels like an existential moment of theatrical anguish - more Desdemona than Earnest Dowson.  Yet, the fleeting moment of pleasure described in Dowson's "Days of Wine and Roses" shares the same foundational philosophy as our dear poetess.  The ending is even quite similar to the "little noontide of love's delights, between two nights" that closes The Teak Forest.

They are not long, the weeping and the laughter,
Love and desire and hate;
I think they have no portion in us after
We pass the gate. 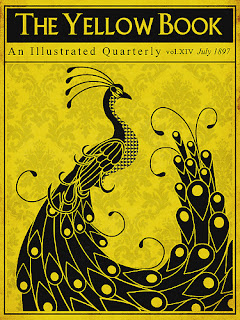 And so it goes - certain poets, even across borders, oceans, languages and continents, will proximate the mood of their era as if by osmosis.  Hope's iconic work wears the masque of an Indian deva and is thus less recognizable as a British Decadent.  This is compounded by the fact that her life as a colonial army wife and her early death precluded her physical proximity to any specific school of European poets.   For a short time around 1900-1903 she lived in London near circles frequented by Oscar Wilde, who quipped about her notorious sister Victoria Cross.  She primarily called at the home of Lady Crackenthorpe, whose son Hubert ran avant-garde literary journal The Albemarle and contributed to The Yellow Book.  Here she also became acquainted with writer Thomas Hardy.   During these few years her husband retired, she cared for a their new baby boy, published India's Love Lyrics and presumably buried and mourned the loss of her father who died in London in 1903 - hardly a dissolute lifestyle.  Nevertheless, the somewhat shocking news of her suicide "over her husband's grave" just a year later in 1904 prompted no less than critic Arthur Symonds to remark that he was "glad there are still people who do such things." (Edward Marx, Pg230)

"Laurence Hope...was directly descended from the writers of The Yellow Book and The Savoy.   Her background is different, but in psychological subtlety and frankness, she was nearer to Mr. Arthur Symonds than to any other modern poet.  The atmosphere and Environment are changed from the roaring streets and flaring lights of London and Paris to the burning days and still, moonlit nights of the Orient; but in essence these are Western poems, for she owed a heavy debt to Swinburne and to the younger English poets who were influenced by the French Romantics and Symbolists."
- Harold Williams, Outlines of Modern English Literature, 1890-1914,  pg 185

Adela Florence Cory's family was an unusually literary group of military colonials, a sort of shadow Bronte sisters, with her father and both her sisters all actively working writers and editors.  As was the custom of their set, Adela Corey and her sister were left behind in England while their parents pursued his military service in India.  However, Hope's education was far from haphazard.  It is known that the 1881 Census Index shows Adela F Cory, age 15, scholar, with her sister, Isabel E Cory, age 17, in a school at Richmond, Surrey. The school had 33 pupils in total and was run by Belgian born Jacques Philippart, Professor of Languages and his wife Marie Philippart.  In this environment Adela was no doubt exposed to French literature and language studies, prior to finishing her education with further studies on the Continent the next summer.

According to research done by Leslie Blanch in her well-known essay A Shadow in the Sunlight,


"Adela Florence and her two sisters spent their time between European cities and a private school in London acquiring the accomplishments then encouraged.  Adela Florence was greatly gifted, was musical, composed, played and sang and painted with considerable talent.  In the studios and salons of Florence her artistic development matured precociously, and she is said to have written many verses at this time..." 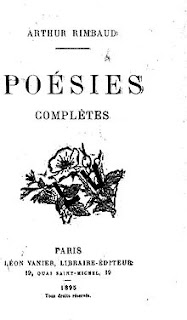 Aside from this tutelage by a French Belgian language professor, there are further clues that Hope was likely personally familiar with the groundbreaking French poetics of her era - still untranslated into English - through the interest of her husband Malcolm, a linguist who was baptized and possibly born in the French city of Boulogne.  The eldest in a family of six children all born in Boulogne, Malcolm would have lived in France for at least the better part of a decade during his formative years.  It is likely that Colonel Nicolson's skill as a master linguist sprang from an early bilingual start in the charming city across the Channel, and in maturity it is quite likely he enjoyed French journals and literature a good deal more than the average British army man due to a certain fondness for his second "mother tongue".  More detailed information on Malcolm's influence on his wife's poetry and on his very interesting life will unfold in the next post, "Zira In Captivity".

In 1883 the French review Lutèce first published "The Drunken Boat" as part of  Paul Verlaine's study of Rimbaud.  The bombshell poem would have had more than a decade to work it's way into the Anglo Indian literary community to reach and influence Hope during her most active writing period in the mid-1890s.  Did Violet and Malcolm enjoy getting their hands on a French journal now and then, to keep abreast of Continental literary currents? 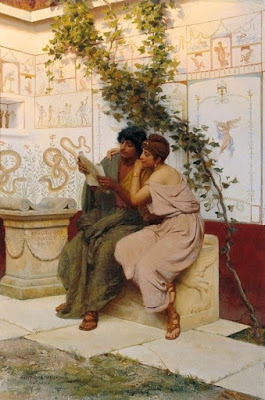 Perhaps he would read aloud and enjoyed the puzzle of translating as he went, anticipating delightful effects the inspired imagery would have on the sensitive and excitable poet he loved.  The ornamented Alexandrine rhythms and luscious hothouse visions would have seemed as exotic to their desert setting as a perfumed fop in a frontier mess hall.  I can easily imagine the adventurous Nicolsons applauding how the Decadent poets crossed boundaries recklessly, tracking into new frontiers of subject matter, taste and style, as the couple treated themselves and closest associates to literary evenings in their quarters at Mhow.

"To fix the last fine shade, the quintessence of things; to fix it fleetingly; to be a disembodied voice, and yet the voice of a human soul:  that is the ideal of Decadence..."        -Arthur Symons
Harper's Magazine, 1893

Not every facet of Hope's work is summed up in the above statement, but it certainly aptly describes much of her poetry and her signature style as an artist.  With all these many factors at play, and considering the poet's quite solid intellectual curiosity and talent, but primarily due to the artifacts in her writing, a persuasive argument exists that Laurence Hope should not be dismissed as just another flavor of Kipling or simply a disciple of Swinburne.  Hope may be defined as an Anglo-Indian Decadent, possibly influenced directly by works of the French founders - Baudelaire, Verlaine, Rimbaud and various Symbolists, most likely the Belgian school. 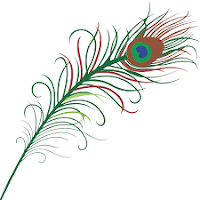 NOTE:  "Kashmiri Song by Juma" is recorded in the second section of India's Love Lyrics and may be listened to here.  This is a sneak preview, and will not be available  on Librivox until the entire book has been recorded.