Thoughts: Mahomed Akram is perhaps the least carnal of the Akram signature poems, and is marked by Akram's ephemeral, melancholic philosophy of adoration suffused with loss and longing beyond any thought of self - to the point of self-abnegation.   Here Akram names "Golden Eyes" as the Beloved, who is also a "Golden Sun" - an abstraction of pure magnetic attraction that has left carnal love in the dust, so to speak.

The poem muses over the idea that strong passion lingers on after death and the demise of the physical body.  There is a firm belief in the survival of the soul here, but it brings no comfort to the speaker - if the soul is tormented in life and lives on, what relief can death bring?  The speaker imagines their very essence parsed out into the universe and at one with the stars, but still sad and fading without the attention and love of the Beloved.   All is meaningless except the state of consciousness itself, reaching ever towards the Beloved throughout life and beyond body, gender, time period, or even events of coupling - all Consciousness inevitably leads to isolated longing.

I can only image the slight figure of the poet, practically crushed by the large and magnificently twinkling stars of the desert, sitting alone while the camp or barracks quiet down for the night's sleep.  There she sits, pondering such confusing and even frighteningly profound questions, in a similarly profound landscape. 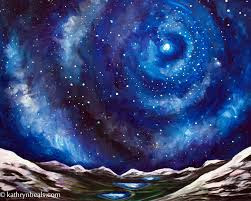 Coming to embrace the idea of life after death as a Westerner not born to it could have raised terrifying possibilities for Vioet Nicolson.  One may accept "life" beyond the body, but what kind of life does disembodied consciousness experience?  How can one still be conscious and also be like dust dispersed and joined elementally with all the cosmos?  Or would one have a form in the lower order on the chain of life, or perhaps a new body of the opposite sex to experience the highs and lows of physical love once more, or something else altogether?  How does individual Love persist in these forms, when one has given their eternal promise to another?

Pondering such ideas, feeling the heaviness of one's soul, may become the essence of an inner loneliness that no human companionship can address.

"Pity the poet's eye, jaundiced with the Truth of Things."
― Unknown

“The poet's eye, in a fine frenzy rolling, doth glance from heaven to Earth, from Earth to heaven; and as imagination bodies forth the forms of things unknown, the poet's pen turns them to shape, and gives to airy nothing a local habitation and a name; such tricks hath strong imagination.” ― William Shakespeare.

NOTE:  "Thoughts: Mahomed Akram" is recorded in the fourth section of India's Love Lyrics and
may be listened to here.  This is a sneak preview, and will not be available  on Librivox until the entire book has been recorded.
1.31.18
By Cameopoet at Wednesday, February 07, 2018