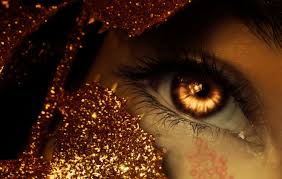 The poet's bemusement with personal love relationships in the last poem "When Love is Over" passes into reflections of transpersonal metamorphosis across lives and time.  In Golden Eyes, the personal quasi-religious devotionals that began the book have been replaced with musings on passionate links between two beings that may recur again and again.  There is still the sense of humbleness before the Beloved - the Golden Eyes only "Smiled once and passed away" leaving a magnetic bond with the narrator, unbreakable even by death.  The beauty of this bond is that it may be re-experienced again and again in different forms throughout the ages. The Golden Eyes themselves are mutable, passing from fancies that fall and rise, "grow dark and fade away", become "cruel, starlike", or calm like pools that hold blue water lilies - which seem quite removed from the original Golden Eyes that we began with.

In her fancies, the poet passes from life to life, from a galley rower to a favorite slave in a gladiator ring with a lion, unsaved by the Golden Eyes as Emperor - then a role reversal to becoming a King, with Golden Eyes a captive maiden, "whom I slew."  This fourth stanza thus specifically works out a karmic cycle between the poet and the Beloved. 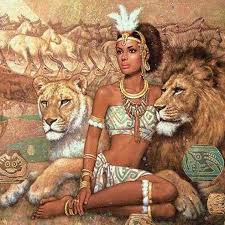 The poet continues the list of lives - a martyred sailor who gives up life for the Beloved, a sacrificial victim, blessed by a kiss from the throned Beloved of indetermined sex.  The Golden Eyes move into the realm of  quasi-religious iconography, becoming "ever-brilliant", with "golden rays", "Strange Ringed Eyes" in capital letters, "subtly changing eyes" "cruel and so gay" passing away to "shine in other skies".   The eyes serve as a sort of beacon that guides the poet's soul into incarnation after incarnation, with never the sense of fulfillment, but always of desire leading the soul into cycles that may eventually bring it to "other skies" of enlightenment.

We've all had that feeling of looking at a face and recognizing something of the shape, the gaze, or perhaps the expression of the person.  They seem known to us, usually from some time past, or they seem to resemble someone we know or knew.   Sometimes even a face seen in mass media seems familiar enough to be a substitute type for someone we've known.  The poet takes this phenomenon a step further and is attracted almost magnetically to the familiar eyes because of a spiritual link.

Like Baudelaire's "Bertha's Eyes" and Edgar Allen Poe's haunting by idolized eyes Laurence Hope has taken up a theme which links Decadents and their grandfather Poe back through many decades; only Hope does so in a deliberate demonstration of the mechanics of reincarnation.   Wikipedia defines it thus:


Reincarnation is the philosophical or religious concept that an aspect of a living being starts a new life in a different physical body or form after each biological death.  It is also called rebirth or transmigration, and is a part of the Saṃsāra doctrine of cyclic existence.  It is a central tenet of all major Indian religions, namely Buddhism, Hinduism, Jainism, and Sikhism.  The idea of reincarnation is found in many ancient cultures, and a belief in rebirth/metempsychosis was held by Greek historic figures, such as Pythagoras, Socrates, and Plato. It is also a common belief of various ancient and modern religions such as Spiritism, Theosophy..."

Exposure to and adoption of the idea of reincarnation would not have been considered very unusual in British India, nor would the idea of an artist toying with the concept playfully.  Major writers that held a belief in reincarnation that could have been known to Violet Nicolson include: 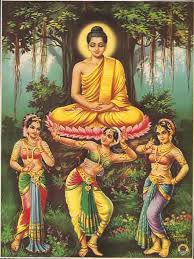 And of course, one must not forget Helena Blavatsky, who traveled in India from 1879 to '85, and has her own interesting chapter in Simla history.  Considering its relative proximity to Tibet, Simla saw a fair share of spiritualists, fakirs, holy men and women and gurus, perhaps in part attracted to a wealthy dilettante society with time on their hands.


"Behind its official and sociable facade, the town had a reputation as a place for serious spiritual inquiry.  Students of the occult flocked there in search of the mysteries of the ancient East...These seekers of enlightenment ranged from the sadhus and fakirs of the hills, the prototypes of the lama in Kim...Theosophy was particularly fashionable in Simla at that moment, having enjoyed the patronage of two local inhabitants, Alfred Sinnett, editor of the Pioneer (until dismissed in 1883) and Allan Octavian Hume, an influential former civil servant.  It had received a fillip in 1880 with the visit of its colourful leader Madame Blavatsky, who claimed to have travelled to Tibet and been initiated into the Hidden Brotherhood of the Himalayan Masters.   After attending one of her seances, Lockwood Kipling pronounced her one of the most interesting and unscrupulous impostors he had ever met." (Rudyard Kipling, Andrew Lycent)

"Even the most genteel Anglo-Indian ladies dabbled in fashionable 'psychic research' - among them Alice Kipling, with her Celtic gifts of second sight." (Ibid)

Rudyard Kipling's mother Alice perhaps passed down the gift of second sight through her Celtic ancestors the McDonald clan from Skye.  Kipling's sister Trix participated as one of seven psychic mediums in the famous "Cross-Correspondences" tests conducted by the Society for Psychical
Research.  She produced several manuscripts as an automatic writer, with apparent success, though she kept her activities quiet due to the disapproval of both her father and her husband.  In her biography, it is detailed how Trix gave readings for a regiment of Polish soldiers later in life, and was referred to as "the lady who knows everything" even by a local Bishop who tested her with hidden holy relics and "reluctantly owned it was all true".  (Pg 85, Trix: Kipling's Forgotten Sister)

So when a certain Croquill wrote about Violet's interest in the occult after her death it may have sounded less unusual than it sounds even today.


"Mrs. Nicholson loved to dispense hospitality to her chosen friends. She was of a peculiar, unconventional nature, which is reflected in her poetry, and only those who were of the same mind appealed to her. She loved the world of books, occult science, and strongly sympathized with the Mohammedans."  (Croquill, ‘The Writer’ in 1909, as discussed here)

"She was very clever in obtaining information from people, and delighted in abstract subjects."  (The Lounger, pg 211)

While "occult science" may sound like such things as divination and astrology, I haven't found traces of those subjects to be particularly woven into Hope's literary output.  What seems clear is that Violet Nicolson loved to ask questions and talk at length with knowledgeable people about subjects that interested her, and one of those things would have been the philosophy behind reincarnation and how it functions.  This would not have been very hard to find access to in British India, surrounded by Hindus, Sikhs, Jains and Buddhists.

The subject of Reincarnation would have provided a doorway for the poet's mind to wander through, allowing imaginative takes on the same situation, seen from different perspectives, spoken in different voices and personas of varying ages and sexes, allowing her to experience more fully the sensational emotions, sights and settings that she channeled through to the reader.  Such a belief system could be a partial explanation for the multiplicity of names that populate the poetry of the Love Lyrics, as well as Violet's tendency to narrate from a male, a female, and also an indeterminate point of view. 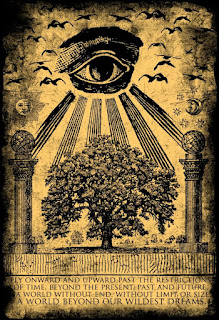 Malcolm Nicolson may have also brought interest in mystical subjects to their marriage.  Developing his ability to pass as a native in the Punjab would have necessitated studies on the spiritual practises of Islam, where Sufi traditions play a heavy role.  Unlike other Muslim sects, Sufism does include ideas akin to reincarnation and soul transmigration among its tenets.  "Another indigenous idea retained in Indian Sufi communities (e.g. in Punjab) is that of reincarnation. Again the celebrated erotic love between Radha and lord Krishna is a standard theme in Bengali Islam..." (Scent of Sandalwood Pg 30)   Sufi Muslims have been "for centuries considered the most ferocious soldiers of Islam" and valuable allies, so an interest in their thought system would have a natural appeal to Violet's husband, most certainly piquing her interest as well.


"Golden Eyes" sheds a playful light on some of the deeper resonances and stirrings of our dear poet's soul, a woman who would have thought nothing of sitting one of her husband's captains down with her, or perhaps a servant's old mother, for as long as she could ply them with biscuits and strong tea, quizzing in detail about their beliefs, whether they had married their own spouse or an entirely different soul in another life, or lived a life as the opposite sex, all embroidered with laughter and earnest good will.   At Simla Violet and her sister Isabel could have attended a spiritualist lecture, or read some of the enormously large "Isis Unveiled"  published by Madame Blavatsky, trading tales back and forth about being tragically fated Kings and Queens, or lucky slaves and concubines in various situations  -  banter from which "Golden Eyes" eventually took form.

But there is one important constant through all the vagaries of fate and fortune in the poem's depiction of multiple lives - even spanning time and space, the poet's soul remains truly devoted and desirous of her Beloved, following it through death and life and back again, singing her song of truth and beauty all along the way.  Perhaps this can bring us closer to understanding why Hope, a woman so completely immersed in noticing the vibrant things in life, seems just as comfortable ideas of death in her poetry - over and over again.  For her, death was a phase of consciousness and not to be feared, but her life was a precious gift she could offer as a sign of deepest loyalty and devotion.

In this sense, the whole of India's Love Lyrics really is deeply steeped in the belief systems of the East from whence it sprang, and is far more representative of this origin than the work is often given credit for.

"Golden Eyes" is recorded in the third section of India's Love Lyrics and may be listened to here.  This is a sneak preview, and will not be available  on Librivox until the entire book has been recorded.
1.08.18