"Lost Delight" - Flip Side of the Male Gaze at White Slavery

"Lost Delight"- After the Hazara War

The Hazara are an ethnic group of Muslims belielved to have a partial strain of Mongolian ancestry.

From Wikipedia:  "The 1888–1893 Uprisings of Hazaras occurred when the Treaty of Gandomak was signed and the Second Anglo-Afghan War ended in 1880, causing Abdur Rahman Khan to set out on a goal to bring Hazarajat and Kafiristan under his control. He launched several campaigns in Hazarajat due to resistance from the Hazara in which his forces committed atrocities. The southern part of Hazarajat was spared as they accepted his rule, while the other parts of Hazarajat rejected Abdur Rahman and instead supported his uncle, Sher Ali Khan. In response to this Abdur Rahman waged a war against tribal leaders who rejected his policies and rule."

The poet not only invokes this history in the title of her poem, but includes the place name of
Khorassan , not only the birthplace of Omar Khayyam, but a historical region lying in the northeast of Greater Persia, including part of Central Asia and Afghanistan.  It was literally a melting pot of ancient Persian, Arab, Mongolian and other asian peoples, and was swapped between every Empire that fought in the region, as illustrated by the fact that, "The main cities of Khorasan were Balkh and Herat (now in Afghanistan), Mashhad and Nishapur (now in northeastern Iran), Merv and Nisa (now in southern Turkmenistan), and Bukhara and Samarkand (now in Uzbekistan). The loosely defined region also included Transoxiana, Soghdiana, and Sistan and extended to the boundaries of the Indian subcontinent. Sources from the 14th to the 16th century report that areas in the south of the Hindu Kush mountain range (Zamindawar, Balochistan, and Kabulistan) formed a frontier between Khorasan and Hindustan.

"Khorāsān, as a result of its troubled history, is peopled by a great variety of ethnic groups: The highlands in the south are home to a settled population of Iranian in the northwest; Kurds around Bojnūrd and Qūchān; Tīmūrīs and Jamshīdīs (Chahar Aimak) in the east, some of whom are still nomadic; farther southwest, Ḥeydarīs; and southeast, Baloch.  Here and there are found Berberis of Mongol origin, Arabs, Roma, and a few Jews in the towns. The largest cluster of settlements and cultivation stretches around the city of Mashhad northwestward, containing the important towns of Qūchān, Shīrvān, and Bojnūrd. The languages spoken in Khorāsān are Turkish, Persian, and Kurdish."

Hunting down a place name or ethnic group in Hope's poetry is always a "found delight" that can lead down long and fascinating trails of history, through splendid sun baked kingdoms rising and falling by fire, sword and later by canon.  However, the carnal reality of that history on the ground as it happens is a much grittier and uglier affair, with tragic consequences for the individual humans caught up the aftermath of invasion.  "Lost Delight" is another of Hope's "human interest" documentary style poems that takes us through the heart of darkness into the mind of a grieving warrior who fought and lived, but has lost the key joy of his life to slavers.
Female sex slaves in bondage in middle Eastern slave markets were a very real aspect of life at any time during the Raj, but especially after the chaos of war. Yet somehow a girlie magazine version of this reality became a favorite subject of late 19th century European painters, alongside the pin-up fantasies of captive white women laying around in fabulous Eastern seraglios.  Naturally the artists as well as the buyers of all this titillating painted flesh were men.

The market for these centerfold-like paintings was strong, as long as they were tastefully decorative enough to hang in the parlour, or at least the men's smoking room. Coincidentally, these richly hued slavery studies all seem to capture the exact same moment - the robe as it is being whisked off the nubile girl, exposing her pearly curves to the eyes of the skeptical buyer.  The Western man could "peep" at such proceedings without the sense of having actually taken part in them or promoted the misfortune of the girl.  Thus the European colonial male is relieved of sharing any guilt with those very unsavory men over there who buy and sell females in ways that Western males could only imagine - over and over again.

Indeed, one of the most common arguments for the conquering and colonial exploitation of mid and near-Eastern lands was how very abominably they treated their women.  Some of the main carriers of these ideas were the womenfolk of the colonizing power, British women, who saw themselves as crusading sister-saviors with a  mission to morally reform and even dismantle foreign cultures in the name of progress - the "maternal imperialists" discussed in this 1998 study.

Hope avoids the moralizing trap by exploring the topic of female sex slavery through the words of a male narrator grieving over the capture of his Beloved. The narrator is a fighting man who is no angel himself presumably, but never expected to lose his own delightful girlfriend to the slavers operating all around him and profiting off the wars fought by men like himself.  Perhaps in the past he took "Delight" somewhat for granted, and her sudden loss has finally made him aware of the real consequences of the life of violence, death, and cultural domination that he participates in.

The nameless narrator is tormented by the idea that another man is loving his girl, and one gets the idea he'd actually rather see her dead. He can barely speak or think about the degradations she may be facing, but instead praises her lips "like a living laughing rose" and thinks of times past. He has been mad, not even sure what countries he has recently passed through on some kind of killing mission, but now in this Khorassan village night falls on him, his bloody sword and fevered brain. With so many "captured, sold or slain" he knows he'll never love Lost Delight again. He'll kill himself here under the falling white blossoms, before the green shoots of spring appear to remind him of happier days passed in this spot with his beloved.
Almond trees bloom over death threats at Kandahar, peach blossoms and snowmelt drench a landscape of multiple murders in Afridi Love, and the narrator of "Lost Delight" kills and grieves as spring touches the mountains with delicate petals and pretty rivulets.  It makes one wonder, how many times did Mrs. Violet Nicolson, "The Colonel's Lady", overhear military men at mess or returning from some engagement speaking of some fighting man they knew - "He fought well enough and lived, but his girl vanished.  He's taking it quite hard." 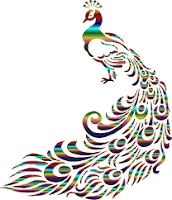 For all her finely tuned poetic and lyrical sensitivity, Hope really does not hesitate to fold an unusually stiff measure of violence into some of her works.  She may well be the only "daughter of the Raj" to do so in her art and writing, bringing early 20th century audiences this alternative perspective on the commonly accepted atrocities of war, murder, captivity, traditional honor codes, and sexual slavery that many, many "civilized" people accepted without much question.  It is a message that is unfortunately as relevant today as it was in her lifetime.

NOTE:  "Lost Delight" is recorded in the fifth section of India's Love Lyrics and may be listened to here.  This is a sneak preview, and will not be available  on Librivox until the entire book has been recorded.
19.2.18